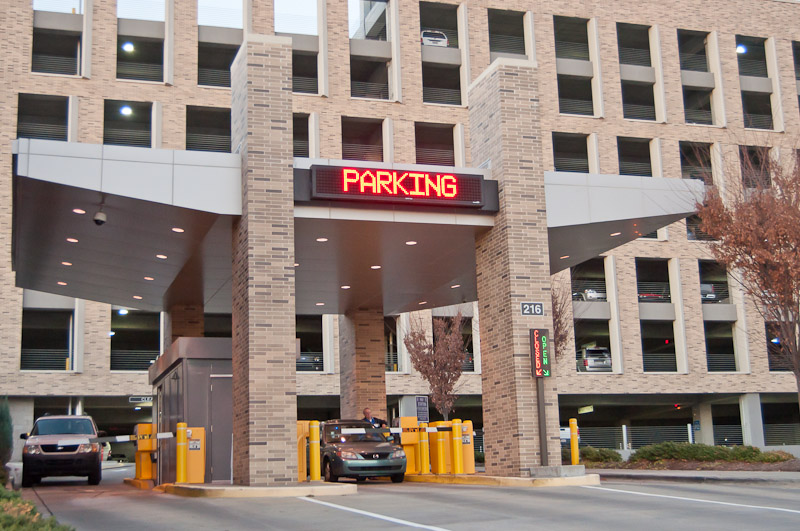 No other area of the city is as unique about its parking situation as downtown Raleigh. Contrary to what some think, there is a gross oversupply of parking spaces in and around the city’s central business district.

In the late 1990s and early 2000s, the city and private developers responded to the increased attention that downtown was getting. Due to ongoing revitalization that went on during that time, more space was needed for workers and visitors.

Since 1999, the city has built four decks to handle the projected demand.

Today, the city has a growing debt issue, in large part because parking was built based on plans that were scaled down or later canceled.

“Optimism towards downtown,” said city Parking Administrator Gordon Dash, is what led to our current oversupply.

For more than a year, the Raleigh Public Record has been following the growing parking debt, now in the millions of dollars, that the city faces because of losses in revenue.

“If the city can’t come up with a plan to increase revenue, future years could look just as bleak with a $13 million shortfall predicted for 2015,” wrote Ariella Monti, a Record reporter.

So while City Council members discuss alternatives — including a possible ad revenue plan —there is not much being done to prevent this from happening again once the city digs itself out of the debt hole.

“We’re not building any new decks for the next five to 10 years,” Dash said.

The city isn’t the only one providing parking. The state, the county and private property owners have all built lots and decks downtown in the last decade as well.

Each party has built parking in response to their own projects’ needs. For example, the Wake County Justice center has an 1,160-parking-space deck and the Nature Research Center is next to a nine-story deck.

We, the citizens of North Carolina, continue to pile on the parking spaces in an area that not only doesn’t need them but already has too much.

The problem I see on the horizon could be from the lost opportunity among our governments with offices in downtown Raleigh.

The new facility is supported by an 1,160 space deck on McDowell Street, according to the project website. After walking around the area to get a feel of the county’s new project, I used online maps to estimate the distance between the parking deck’s pedestrian exits and the Justice Center’s nearest entrance. The walk is about 0.2 miles.

This map demonstrates the walking distance from the Wake County Parking Deck (shown in red). It is about the same distance to the Blount Street Deck or the Moore Square Deck (both shown in blue).

To be fair, the county built its deck in preparation for the future growth of the county. But they could be repeating the same “optimistic” mistake the city made.

I floated my idea to Dash and he liked it; however, he said to his knowledge, no one is thinking of ideas like that.

Some private developers seem to be, however. The now-open Hampton Inn in Glenwood South, with more than 120 rooms, is leasing parking from a deck across the street. A possible Residence Inn hotel may lease spaces from a city-owned deck on Salisbury Street.

The hope is that as the economy turns around and downtown Raleigh lands more businesses, the revenue will return and the debt paid off. Until then, all I can suggest is to “Park Local.”