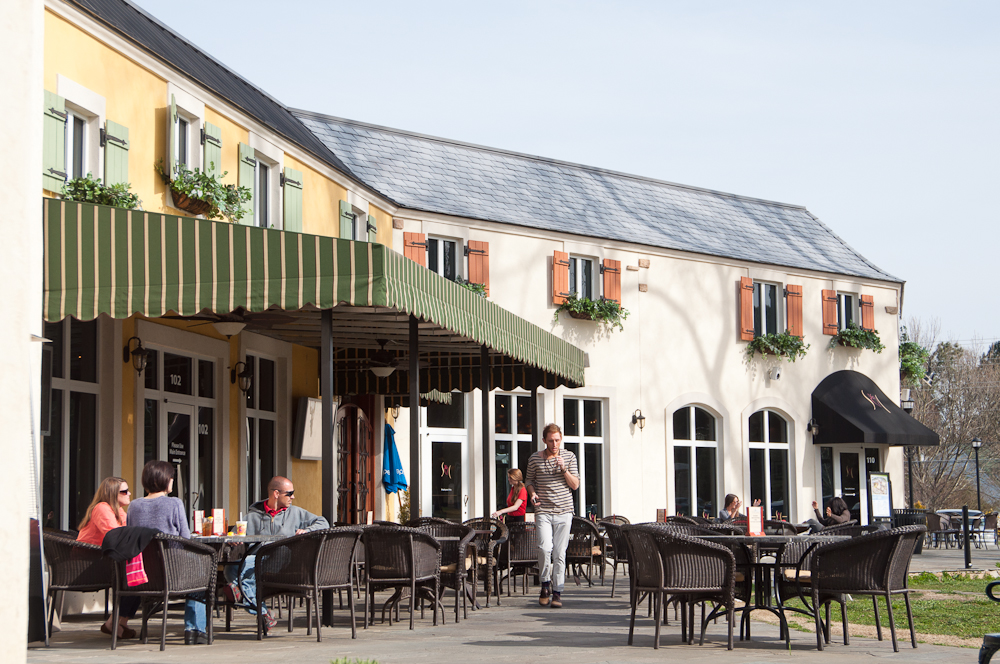 During the past few decades, Raleigh, like the rest of the country, is shopping differently. Yes, online spending continues to grow, but spending “in real life,” or in shopping centers, is changing, too. Urban in style with a mix of uses is the new trend in retail development, and in Raleigh, a few locations offer shoppers goods, services, and a place to socialize.

“I think it is the future of our cities,” said Bonner Gaylord, general manager of North Hills and a member of the City Council.

North Hills is a growing area along the Beltline and Six Forks Road with a mix of residential condos, street-level shopping, entertainment, and office space.

With multiple examples around the country showing success, places like North Hills and Lafayette Village in Raleigh are complimenting Internet sales rather than competing.

The keys to their success include a diverse mix of high-quality offerings and an equally important social component.

Gaylord and his team at North Hills keep a close eye on the diversity of the shops that are opening up in the midtown development.

“Diversity is very important to us,” he said. “We want to have a mix of goods and services.”

Starting as early as the 1960s, automobile ownership grew at a much faster pace and allowed more people to move around a city to do their shopping.

Today, shopping on the Internet is changing that dynamic. What the Internet can’t offer is the real life community aspect that makes people feel better connected.

“We want shoppers to meet the owner, not the manager,” Bronson said about the shops in Lafayette Village. “We didn’t want a Starbucks.”

Lafayette Village and North Hills take the experience one step further with little things, from hiring a sidewalk musician on Friday nights all the way to street festivals on major holidays. Events are an important part in bringing consumers back and creating community between shops and visitors.

While North Hills and Lafayette Village have been enjoying recent success, downtown Raleigh has always been the city’s main urban hub. During the course of Raleigh’s city history, the city center has enjoyed quite a bit of retail success and it’s possible that the rise in Internet shopping is helping bring that retail back to downtown.

Downtown Raleigh has just as much urban-style development and is naturally built for a mix of uses. Paul Reimel, Economic Development Manager of the Downtown Raleigh Alliance (DRA), feels that it is a big advantage for downtown over other city retail areas.

“Nowhere else can you find that diversity and product,” he said.

Retailers look for all kinds of different spaces and this is where downtown may have an edge.

Behind the scenes, the retail recruitment efforts are different in downtown than they are at North Hills or Lafayette Village. The newer developments are controlled by a single property owner where downtown is a mix of several hundred private property owners and governments including the city, county, and state.

Reimel and the DRA build relationships with property owners and outside retailers and attempt to match them up. With studies and reports, they try to encourage services or retail that is needed in downtown, but the ultimate decision lies with the property owner.

A contrast to this method would be with what is taking place in Lafeyette Village. A very strict selection policy is used when choosing retailers. High quality, great service, and proven success is something that the owners of Lafayette Village seek.

“We have not lost any tenants in the last two years.” Bronson said.

At 93 percent capacity, it must be working.

While different in operation, downtown Raleigh, North Hills, and Lafayette Village share the same social aspect that has been vital to their success. With an increase of uses, the days of shopping only at the mall may be numbered.