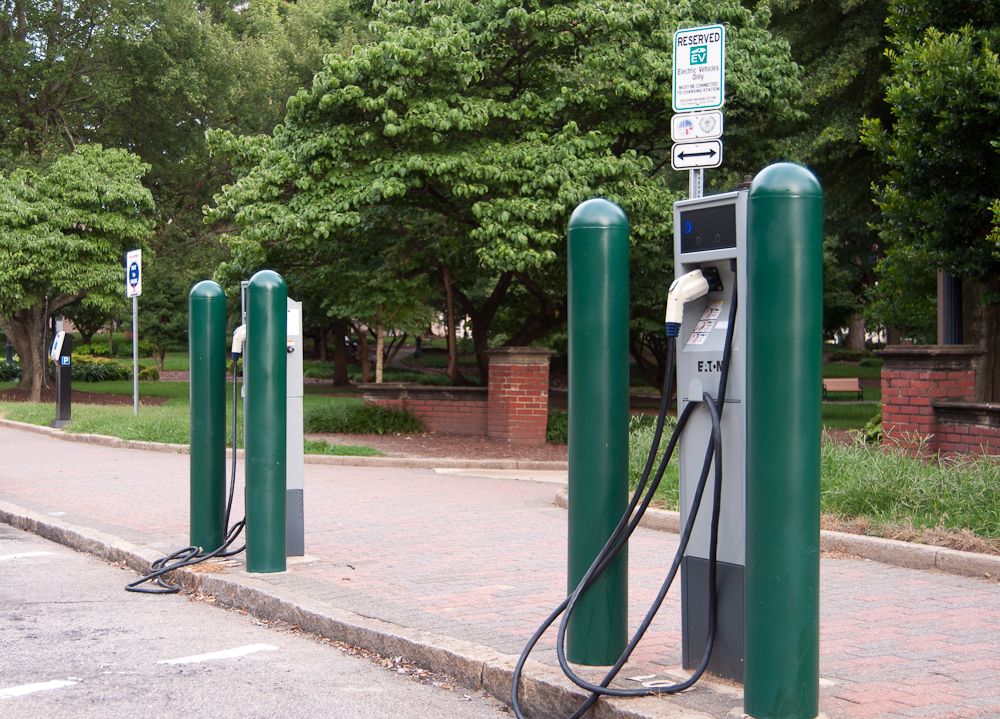 The City of Raleigh wants to save taxpayers money.

At least, that’s one of the intentions of the city’s Office of Sustainability. They’re getting that done by implementing technologies and efficiencies that lower energy use, water consumption, and other services run by the city.

Paula Thomas is the head of the office, leading a small team that’s putting Raleigh on the map in terms of sustainability practices. While these methods are part of a national trend, Raleigh leads the pack.

“Raleigh is leading by example,” Thomas said. “It supports the 21st century initiative.”

That initiative, with its core focus to make Raleigh a 21st century city of innovation, has really driven the expansion of the city’s sustainability programs. The office, first implemented in 2008, has grown from one to five city employees and boasts an expansive list of accomplishments. Electric vehicle charging stations, LED light programs, and solar trash compactors are just a few of the more than 40 achievements listed in the office’s latest report.

These practices resonate with national studies, one being the Carbon Disclosure Project, a report based on questionnaires taken by more than 100 cities worldwide about how they are preparing for climate change.

The three key findings of the study are:

In addition to saving residents money and increasing quality of life, the report goes on to say that of the respondent cities, 62 percent are likely to become more attractive to business because of their emission-reduction activities.

Within the City of Raleigh, Thomas’s team works with all city departments. The team asks each, “How can all these services be delivered in a sustainable way?”

After advising and finding opportunities for implementing a sustainable alternative, it’s their job to help each department implement that solution.

And the savings add up.

This September, the city will complete the roll-out of 95-gallon carts across the city for bi-weekly recycling pickup. As current recycling trucks approach their end, the city is purchasing new ones with automated side-loading arms that can be operated by one driver. The new process is estimated to save the city $2 million. Big Belly trash cans save the city thousands of dollars each year.

The Big Belly trash station program proved to save thousands of dollars. These solar-powered trash cans are capable of holding more trash than a typical can and alert the city when they need to be emptied, reducing the amount of trips needed to do so.

According to the city, the cost of trash collection along downtown’s Fayetteville Street was $40,903. With these new trash compactors in place, the new cost was $1,607 — a $39,296 savings.

In some cases, the savings come at a high upfront cost. This is a common perception which may deter governments or some private businesses from adopting sustainability. Thomas’s office is ready for that.

“There’s a myth that sustainability costs more but if you understand it, it actually costs less,” she said.

Donna-maria Harris, another member of the city’s Office of Sustainability, drives an electric vehicle and agrees with the higher upfront cost: she paid $900 for a home charger.

However, the savings she sees today have been worth it.

“The savings over the past 18 months has certainly been realized,” Harris said.

With an approximate increase on her electric bill of $10 per month since purchasing the vehicle, the benefit of passing on gas stations produces an overall savings on her budget.

For the private sector, the office works with companies, and possibly partners with them, in order to implement a sustainability program.

“The private sector gets it,” Thomas said. “[Sustainability] helps their bottom line financials.”

Or, take a look at the city’s 2013 Sustainability Report.