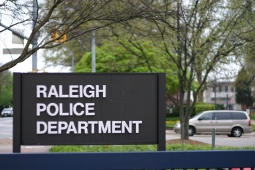 City Journal is a collection of stories and opinion about life and policy in Raleigh. These columns are an attempt to curate ideas and views from across Raleigh. Submit your ideas to editor@raleighpublicrecord.org. We don’t take every proposal, but we do want to hear what you want to write about. Join the conversation: if you have something you want to write about, please email the editor first to see if it will be a good fit.

Randall Stagner is a former member of the Raleigh City Council and retired Army colonel.

Our police, fire and emergency management personnel are well trained and well led. However, public safety doesn’t just “happen” and it comes with a cost. While our city has grown significantly during the last decade, our public safety force has not.

According to the Insurance Services Organization, which determines our local fire insurance rates, our fire department is short about one fire company, or 15 firefighters. This situation will worsen with the addition of the new fire station on Leesville Road, which will require an additional fire company.

Using this national standard, Raleigh needs to budget for 30 additional firefighters. If you include the standards set by the National Fire Protection Association, Raleigh should budget for twice that number. While Chief McGrath would be pleased to have a real department headquarters, additional equipment and fire stations that can actually house outsized apparatuses, personnel is a budget must have. When the fire alarm sounds, buildings and trucks can’t do what brave men and women must.

Our emergency communications personnel toil quietly and professionally in the sad, sad basement of City Hall. They also need more personnel, but more importantly, they need a raise in pay. Until the new 911 Center is built in North Raleigh, there’s no place to put additional emergency communications personnel. A modest pay raise is needed so that smaller local governments can no longer outbid us for our best people. This also applies to our best police officers and firefighters.

Raleigh has a police force of nearly 800 officers for a city of nearly a half-million people. Chief Deck-Brown needs a larger force to meet the needs of our great city. Go to any Citizens Advisory Council meeting and listen to the police report. Our community officers are doing highly commendable work, but are stretched thin.

Citizens are occasionally surprised to see a Special Enforcement (SWAT) officer at their door in response to a minor neighborhood incident. There’s no fat in the system—every police officer is expected to do even routine work, and that includes the Chief. A few more RPD officers will mean faster response times and more officers available to stop speeders in your neighborhood.

Recently, there was a call to put additional armed police officers on our 100-plus miles of widely respected greenways. Former Chief Harry Dolan dismisses the premise that somehow our greenways are a public safety concern and he sees no need for a costly increased presence of RPD officers on our greenways. As the merits of programs and projects are debated for this upcoming budget, Raleigh’s City Council should avoid such politically driven add-ons and respect the very real public safety needs of our community.