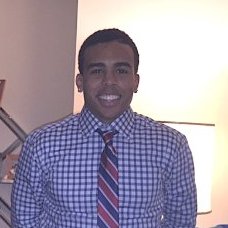 At the April 5 City Council Meeting, Councilor Corey Branch mentioned that North Carolina Central University student  Julien Durant had been shadowing him throughout the day, learning the ins and outs of city government and local politics. We asked Julien if he’d be willing to write about his experience for us, and he obliged. On April 5th, 2016 I had the pleasure of being a part of Raleigh’s City Council meeting when I was acknowledged by Councilor Corey Branch of District C, whom I’d been shadowing all day.

I really enjoyed my experience, and learned a lot about the way Raleigh’s City Council works and the way its budget is run.

While shadowing Councilor Branch, I was able to get a better understanding of how Council works with City staff to run Raleigh’s government. I was also able to see some of the ways in which the City coordinates with Wake County thanks to a very interesting visit to the County’s emergency call center.

Previously, about a month before my spring break, I was afforded a similar opportunity to shadow a City Councilor in my hometown of Charlotte, North Carolina. The reason I embarked on both of these experiences is because I would one day like to work in the public administration field myself.

I wanted to get a feel for what city government is like and how politics is run; not only in my home city but in cities around me — since Raleigh is the state capitol, I figured the way their Council worked would be different than Charlotte’s. In actuality, it’s very similar.

As a finance major, it isn’t very hard find a job because the topic is so broad, and since I want to work in the public sector, I figure I could start with basic budgeting and work my way up to Chief Financial Officer.

While shadowing Councilor Branch, I had the chance to sit down with Louis Buonpane, the City of Raleigh’s chief of staff, who explained how the City’s budget is broken down; it was really interesting to see the ways in which the city’s different needs are budgeted and appropriated.

I enjoyed observing the way the different Councilors interacted with each other; it seems like a lot of alliances have been built among them.

My favorite part of the experience in Raleigh was when I was able to see the councilors speaking about what was going to happen at the upcoming Council meeting: what decisions should be made on certain subjects, etc. One issue that came up was a zoning need for an older housing development, something for which Councilor Branch was quickly able to reach a consensus on.

Seeing the business-side of being a Councilor is why I’d not only like to work in the public sector, but to serve in at as well as an elected official. I enjoy helping out my community in any way that I can. As president of my school’s finance club, leadership is not a problem for me.

When I observed how the City Council worked in Charlotte, I was pretty certain that public service was the path I wanted to take; being in Raleigh earlier this month only confirmed those feelings.

I would very much enjoy being a City Councilor one day, and maybe work my way up to Mayor, Senator, Congressman or even Governor.

One thing I did learn in my experience is that being a City Councilor is not the most well-paying job. Most, if not all of the Councilors have this job on the side and are employed full-time elsewhere. I believe that takes a great deal of dedication: to work two jobs and have such a responsibility of representing a city takes a lot of dedication.

I respect and commend all who work in the public administration field, and I look up to them. I want to thank Councilor Branch and all those who made this experience a great one.

I enjoyed every moment of it, and even though I did not expect to get called out at the end of the Council meeting, I felt respected and appreciated when it happened. Even my family commended me on being a part something as prestigious as City Council.