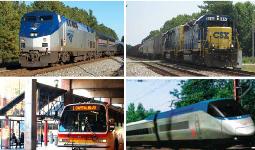 Talk of public transit, or at least of the elusive commuter rail, in Raleigh and Wake County has almost gotten to the level of a bad joke. But there is more to public transit than just commuter trains. There are more busses, bicycles, car-share programs and more up for discussion on the city, county and regional levels. Even — don’t laugh — light rail is up for some serious debate.

Many public transit discussions in Raleigh seem to hinge on a central question: when will Wake County residents be able to vote on a transit tax? A couple years ago the state legislature gave Wake, Durham and Orange counties the power to levy a half-cent sales tax to support public transit. This is the same kind of tax that Charlotte used to build its light rail system.

Orange and Durham county voters have already approved the tax. Wake County has yet to put it on the ballot. Marred by political partisanship and infighting last year, Wake County Commissioners decided not to put the tax increase on the ballot. In fact, they refused to even discuss the tax as the politics heated up leading to the 2012 Primary Election when two members were running for higher office.

The tax came up last week during the County Commission’s day-long retreat out at RDU. Mayors from around Wake County went to the meeting and each got a chance to talk about their hopes, requests and problems for their city or town as part of the greater county. Transit was a common theme. Mayors from Raleigh, Cary, Wake Forest, Morrisville, Knightdale, Rolesville and Wendell spoke about expanding public transit, and most supported letting voters decide on the transit tax.

But some members of the Republican majority on the Commission say they still have questions about the bond.

“I can guarantee that most people in the community that support it don’t know what’s in it or how much it would cost,” said Commissioner Paul Coble during the meeting Friday.

Public transit is more than just trains. While many big projects depend on the additional funding from the proposed sales tax, there’s still a lot going on in and around Raleigh.

High-speed rail will be coming to downtown Raleigh. A new rail line with faster trains going from Washington D.C. to Atlanta is in the works by the federal government. Raleigh’s new Union Station, planned for the downtown Warehouse District, will host Amtrak riders and serve as a new multimodal transit station for downtown. Along with the work to bring transit together at Union Station, the city also has plans to renovate the Moore Square Station.

The new Union Station could, down the road, also be the main Raleigh stop for local and commuter trains or light rail.

Raleigh continues to add more infrastructure for cyclists. The city last fall added three miles of bike lanes and six miles of shared-lanes markers, also known as sharrows. City Council recently approved a proposal to put a “bike corral” downtown on Hargett Street just off the intersection with Wilmington Street. This is basically a big bike rack taking up two parking spaces. It will hold 10-12 bikes. There are also some early conversations going on about getting a bike share program, where people can rent bikes at automated stations, up and running in Raleigh.

Bike share is one thing, car share is another altogether. The city has had some unsuccessful experiments with car share programs in and around downtown, but they’re getting ready to try again. The city just signed a deal with Zipcar to put two cars on Glenwood South. Residents will have to sign up for the service with an annual $50 fee (plus $25 to sign up), and rental rates, at least for now, will be $7.50 an hour or $69 a day.