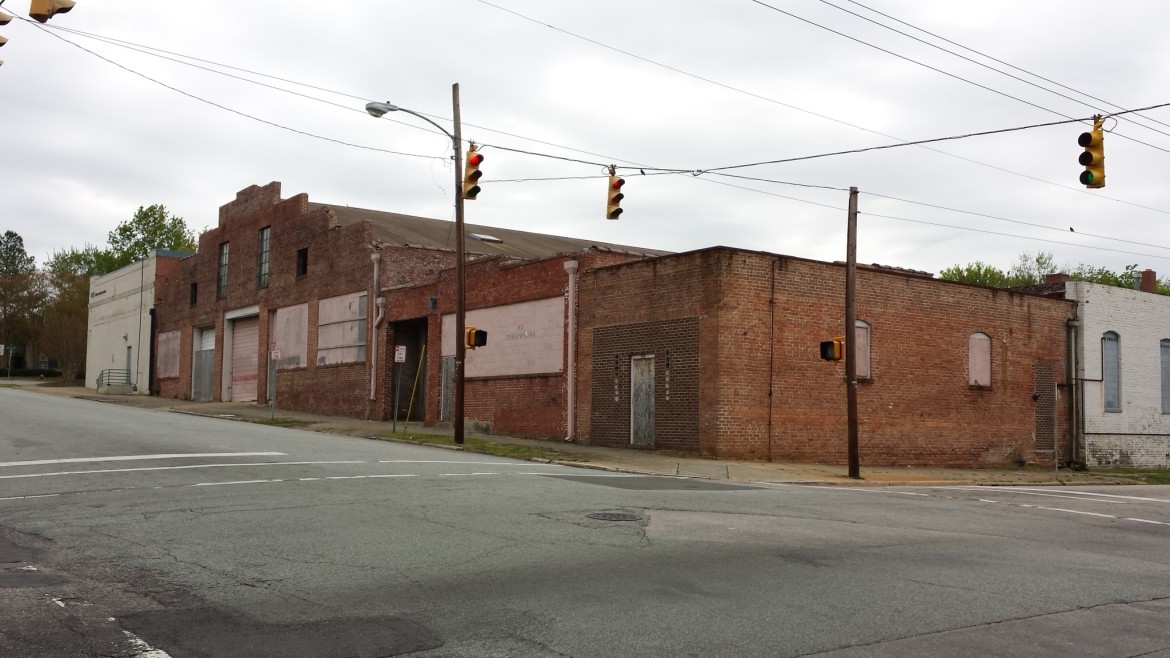 The name of the company who submitted the recommended proposal was previously identified as Transfer Company LLC; it is actually Transfer Development LLC and this post has been updated to reflect that.

The Budget and Economic Development Committee on Tuesday approved a recommendation to select Transfer Development LLC for the redevelopment of Stone’s Warehouse in downtown Raleigh. The Housing and Neighborhoods Department presented the Committee with the final three proposals for the redevelopment, authored by Transfer Development LLC, AACRE Properties, and Empire Properties.

The proposal submitted by Transfer Development LLC includes “a mix of uses as directed by the Comprehensive Plan Small Area Plan,” according to the agenda packet, such as a “food production hub anchored by existing local businesses, a community hall and gathering space, a micro production facility/restaurant, a neighborhood grocery and cafe and 16 market rate town houses.” A rendering of Stone’s Warehouse from Transfer Development’s proposal

The Budget and Economic Development Committee stipulated before the final Request For Proposals that preservation of the historic Stone’s Warehouse structure would be a priority, as well as mixed use development, affordable housing, and keeping or paying for the relocation of Rex Senior Health Center, which is currently on site.

Concerns were made that the Transfer Development LLC proposal did not address affordable housing needs of that area, did not address the relocation from or keeping of Rex Senior Health Center on that site, and the lack of Citizen Advisory Council oversight for the project.

It was noted, however, that the project would possibly be eligible for additional funding through other sources and that the proceeds from the sale of the property could be directed to create more Affordable Housing opportunities in the surrounding area.

“I do like the idea that the $2 million sale of property could be directed to increasing the stock of affordable housing in this area,” Stephenson said. He also asked, “Is the project eligible for tax credits?”

It was ascertained that the project would receive possible historic preservation funding through the state.

Mayor McFarlane asked “What can we do to best bring economic vitality [to the area]?”

It was noted that access to transit services would be important for that particular area, as well as the possibility of the grocery store in the Transfer Development LLC plan, and a music venue that would take advantage of the warehouse’s acoustics. Rex Senior Services is part of the Stone’s Warehouse building.

As an attachment to the motion, Committee also recommended that staff look for ways to use the proceeds from the land sale for affordable housing and Rex Senior Health Center.

The motion was approved unanimously.