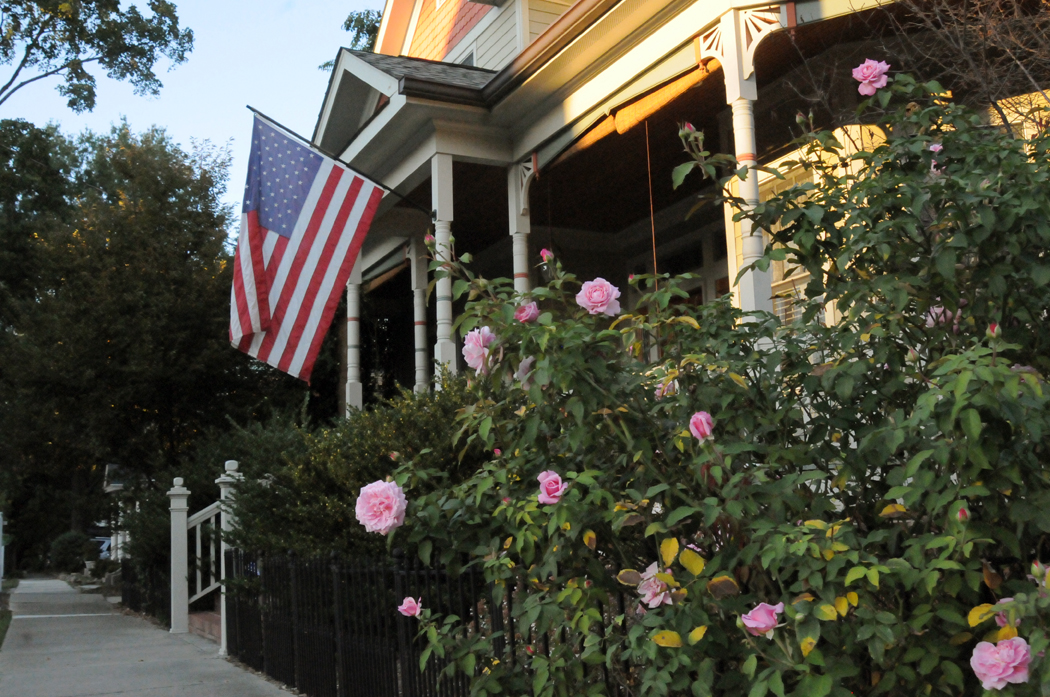 In response to rezoning case Z-27-14, a proposed remapping that will affect about 30 percent of the city, the Society for the Preservation of Historic Oakwood held a members-only meeting Monday night to discuss the issue.

A number of city staffers and councilors were on hand to answer any questions those members may have had.

Earlier this month, a public hearing was held for the rezoning, at which time several Oakwood residents and members of the SPHO addressed their concerns over the remapping.

For a specific list of some of those concerns, please click here to see a Q&A prepared by city staff in advance of Monday’s meeting. While another public hearing is scheduled for the evening of July 21, Monday’s event gave Oakwood residents a chance to learn more about the specific ways in which the remapping could affect their own neighborhoods.

While media was barred from the event, in the interest of full disclosure: Record editor James Borden was allowed to remain in attendance for its duration, on the condition that the meeting itself be considered off the record.

Held inside the Trinity United Methodist Church on Bloodworth Street in the Historic Oakwood district, the meeting drew about 70 neighbors and members of the SPHO and lasted from about 7 p.m. to 9 p.m.

Before being told the meeting was off-the-record, Borden photographed what appeared to be a slideshow presentation titled “Oakwood, the UDO and You.” City of Raleigh Planning Director Ken Bowers, whose name was listed on that slideshow presentation, said afterward that city staff had been asked by SPHO to come out that night, and noted that staff would be happy to give a similar presentation in any neighborhood or to any organization who requested their presence.

Travis Crane, the city’s Planning & Zoning Administrator, as well as Martha Lauer, who works with historic preservation in the city’s planning office, were also spotted outside following the meeting.

Councilor Mary-Ann Baldwin, also in attendance, said afterward that as a private organization, SPHO is allowed to conduct members-only meetings not open to the general public.

However, if all four were present at the same time, there was a concern that it would constitute a quorum, which may have subjected the event to North Carolina Open Meeting laws.

According to several in attendance, the quorum concern did not become an issue, as Councilor Crowder left before Councilor Weeks arrived.

Weeks told the Record afterward that he had two prior meetings that also required his attendance that evening, including a Citizens Advisory Council, although he was able to hear and address concerns from those in attendance at the Oakwood meeting as well.

Following the meeting, Councilor Stephenson told the Record that he had raised the issue of adding frontage requirements to certain properties, echoing concerns he had raised at the first public hearing for Z-27-14 over the removal of a transitional protection overlay for residences currently located in a nonresidential zone.

“Obviously the neighbors have a lot concerns, the UDO was not completely designed to deal with older neighborhoods that are more heterogeneous,” Stephenson said.

While the focus of the remapping process had been on not taking away existing rights from property owners, Stephenson said the city should consider looking at the issue from another perspective as well. Oakwood resident Ian Shields
also suggested that the UDO was not designed to accommodate historic districts.

“Well they didn’t think very well about Oakwood before they did [the rezoning process]” Shields said.

Despite that, Shields said, “It’s probably going to eventually work out.”

Paula Huot, a member of SPHO who was in attendance Monday night, said she was encouraged that the city seemed to be paying attention to the concerns of many Oakwood residents.

“Based on the feedback they’re getting, at least from Historic Oakwood, they’re willing to modify some of what they had originally proposed,” Huot said, citing a change of a proposed NX parcel to OX, which would place more restrictive limits on future development.

“The other good thing was city council showed up; four of them,” she said, joking that if there had been a quorum of councilors present at any one point, she would have proposed a motion.

Huot was also glad that city staff had been on hand to explain some of the nuances of the proposed rezonings.

“I think it was helpful that Ken [Bowers] was here to go through all of that,” Huot said.

Kate VanVorst, who runs the Raleigh Arts Collective, said although she was a renter in Oakwood rather than a property owner, she still wanted to learn more about the remapping issue.

“I am more concerned with the rezoning at large; I think they’re making a lot more radical transitions in some other areas of the city,” VanVorst said.

Despite her concerns, she said she appreciated Bowers’ presentation that night.

“I think he did a very good job of explaining, and being very patient, and going through every transition,” VanVorst said. the energy behind the Raleigh Public Record.