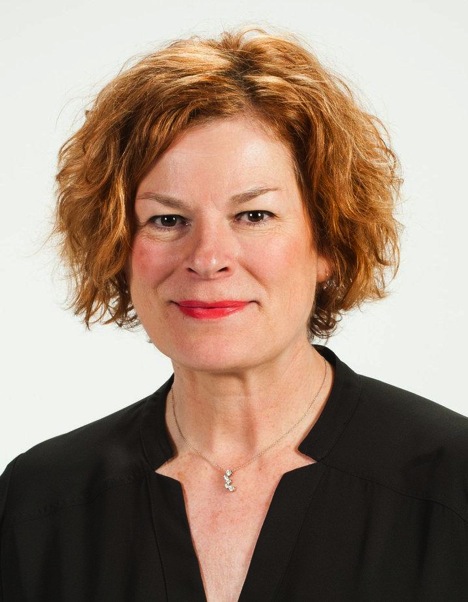 This is the first in our newest interview series, On The Record. Earlier this week, we sat down with Raleigh City Councilor Mary-Ann Baldwin to discuss poverty, homelessness and the need to take action on affordable housing. Councilor Mary-Ann Baldwin is sick of talking about affordable housing.

“We’ve been talking about this for five years now,” Baldwin said.

Instead of going back to the taxpayers every year for bond approvals, Baldwin said the City needs to find “a steady stream of revenue” to pay for affordable housing and work toward a real solution to an ever-growing problem.

Baldwin and Corey Branch were the only Councilors at a recent budget meeting to express support for a proposed one-cent tax hike to fund affordable housing projects.

“I think it took on my part — ” Baldwin said, pausing.

“I’ll say it was leadership. I think sometimes you have to set aside whatever your political future might be and say, this is the right thing to do, and I’m going to lead on this.

“You notice, I said it, and nobody else was willing to come along for the ride except for Corey, and I think that Corey believes in it too, because he shares my concerns.”

In addition to the tax-hike, staff offered Council two other options for moving forward on affordable housing, Baldwin said.

The first was to use Tax Increment Funding, which would have brought in around $82,000 per year.

“Nothing. That option doesn’t really work.”

The other option, she said, was to “continue what we’re doing, and what we’re doing is bond referendums, and we’ve already agreed as a council that that has not served us in the best possible way.”

“My feeling is that we’ve really fallen behind on affordable housing; we’ve recently lost three affordable communities: The Palms, Tiny Town and the Oakwood Apartments.”

“You know, the Mayor said the other day, ‘Well, we should be working with [developers] to ensure we don’t lose affordable housing.’ My question is, how are you gong to prevent people from selling their property? I don’t think that’s viable.”

While there are ways to incentivize and work with developers to create more affordable housing stock, Baldwin said many of the options Council had explored in the past had been unrealistic.

“People said we should require a developer to put 10 to 15 affordable housing units into a project; that’s called inclusionary zoning, and we don’t have the legal authority to do it. Only three towns in North Carolina do.

“It can’t be done. So why do we keep talking about what we can’t do?”

“It’s not popular to say we should do a penny tax increase to support affordable housing,” Baldwin acknowledged. “But I just really believe this is such a need in our community that we can’t put this off: we’re already behind the 8-ball.”

If Council continues to kick the can down the road on affordable housing, the implications will be far reaching, Baldwin said. For her, ensuring the city’s lower income residents have a place to live is part of a network of services the City can and should provide for its residents.

These include assisting the homeless, job training, providing affordable housing and offering economic development services. All are issues that Baldwin has made central to her role as a City Councilor.

“We’re on This Earth to Help Each Other”

On August 24, 2013, a blog post titled “Feeding the Homeless Apparently Illegal in Raleigh, N.C.” kicked off a firestorm of controversy across the city so large it drew national media coverage.

“I just jumped right in,” she said.

“I think we came up with a really good short-term solution — we couldn’t deal with a long-term solution at the time — and it’s the Oak City Outreach Center.

The Oak City Outreach Center, situated near Moore Square, provides meals for the homeless, in what Baldwin described as a much more dignified, comfortable setting.

Baldwin said the City is now working with Wake County to develop an intake center as part of a longer-term solution for the homeless, although the site selection process is still underway.

“There will be food, but also care centers so they can do their laundry and get a haircut. They can take a shower, they can get mental health treatment, they can get their mail,” Baldwin said, proudly ticking off a number of essential services the center will make available to this at-risk population.

Although she said she’s always worked toward helping those in need, Baldwin described the Moore Square incident as “a real wake-up call.”

“It’s a really important issue to me,” Baldwin said.

“You know, I think that we’re all put on this earth together to help each other.”

This belief is part of the reason the Moore Square issue has stuck with her, and truly opened her eyes to the “critical” issue of homelessness in Raleigh.

“So the main thing I feel really guilty about with Moore Square is that everybody saw what was happening, and nobody said anything, nobody spoke out, nobody spoke up, including myself. It was a true lesson learned,” Baldwin said.

When Baldwin was working for the Stewart Inc. several years ago, she forfeited her company car in an effort to prevent further layoffs.

“Eventually I got laid off myself, and I went without a car for almost a year.”

“I could walk places, but you can’t walk to Crabtree. Believe me, there were times when I just walked up to Fresh Market and basically came home with two bags in my hands and said, that’s just the way it is right now.

“I actually think it was a really good experience for me because it taught me how difficult it is to get around here without a car — and there are a lot of people who can’t afford a car.”

Baldwin is looking forward to November’s transit bond referendum, which will allow for everything from faster and more frequent bus service to commuter rail that would connect Clayton to Research Triangle Park and everything in between.

“If you’re going to approve a plan for transit, your affordable housing plan has to work hand-in-hand with that. I feel the time is really right to start looking at that, saying, this is how we’re going to do it.”

One major aspect of this, Baldwin said, was working to have affordable housing developed along strategic transit corridors, such as New Bern Avenue.

As part of the transit plan, New Bern Avenue would be more frequently serviced through a bus rapid transit system.

“Buses that run every 10-15 minutes: that creates a very robust system,” Baldwin said.

“Transit supports getting people back and forth to work, so it’s all part of a strategy: it works with affordable housing, and it also works with the homeless issue,” Baldwin said.

“If they can’t find a place to live, they’re still in the woods; it’s hard to work when you can’t take a shower, so if you can find transitional housing for them, and then affordable housing…”

Behind many of the issues she has dealt with in her time on Council, Baldwin said she has often found a common denominator: poverty.

Following the recent shooting of Akiel Denkins by an officer with the Raleigh Police Department, Baldwin said it was “discouraging” that the conversation had immediately turned to body cameras, instead of addressing the root cause of what led Denkins to where he was that day.

“That young man didn’t get to where he was because he had a great education, because he had a job: he got there because of poverty, and when you grow up in that and you see the lure of gangs, and how do people make a living? They’re selling drugs, and that’s what you learn.”

The City needs to a better job, Baldwin said, of making sure young men have the opportunity to be successful.

“Right now, it’s discouraging, I think it feels overwhelming,” for those trapped in the cycle of poverty, she said.

“But all of this, everything I’ve talked about, it’s all tied in and it’s all related. It’s about, if you grow up in an impoverished home, that means you don’t have good transportation, you probably don’t have a good education, you’re under a great deal of stress so you’re never really allowed to reach your potential.”

“What we really ought to be doing is looking at the solutions,” Baldwin said.

“I see the case for body cameras, but it disappoints me. To me, that’s a symptom, and what we really need to be doing is looking at what are the solutions. That’s not easy: if we could solve poverty, that would have been solved by now.”

There are things the City could be doing better, Baldwin said, adding that there was a real need for a larger conversation about poverty and all the issues related to it.

“It’s one of those things where if we’re going to address the real issues and try to come up with some solutions, then that’s the conversation we need to be having as a community.”