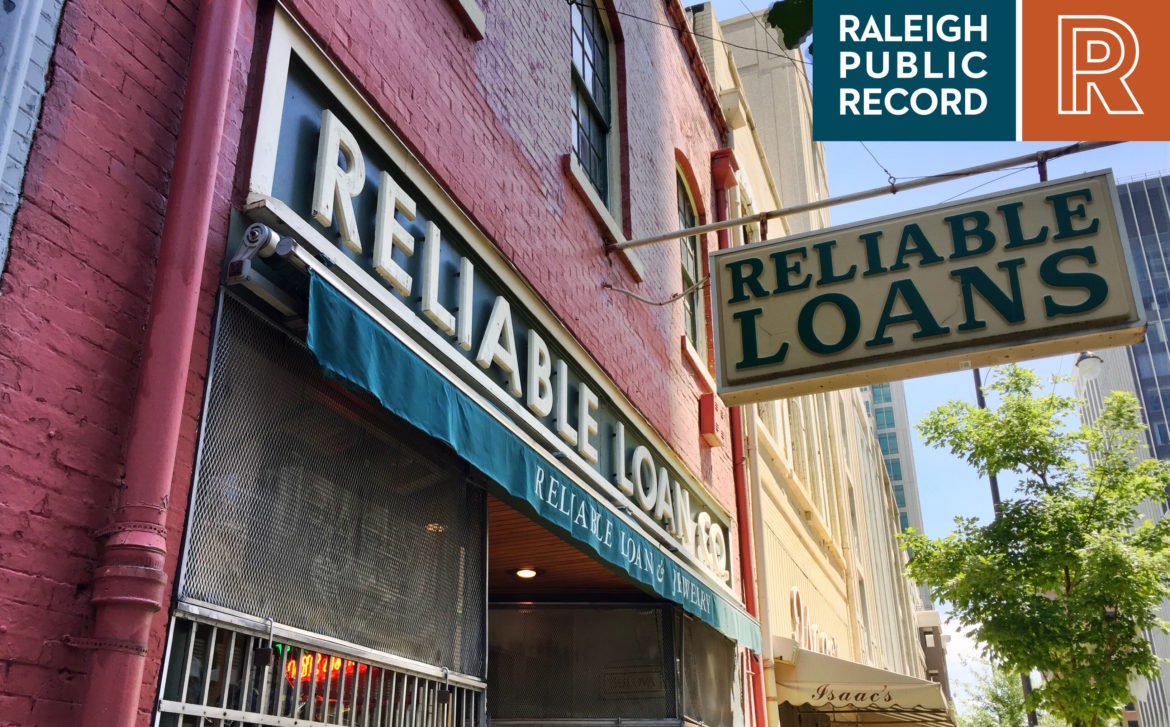 This is the first in our newest series, Strictly Business, featuring interviews with Raleigh’s many small business owners. Recently, we sat down with Alan Horwitz of Reliable Jewelry, who talked about the unique experiences and lasting relationships that come from running a generational jewelry business in the heart of downtown Raleigh.

The most significant thing Alan Horwitz learned about the jewelry business wasn’t something he learned at his alma mater, the University of Alabama.  Or during the few years he spent working at jewelry stores in New York and Atlanta after graduating and then earning gemologist certification from the Gemological Institute of America. He learned it from his dad, Phillip.

As a young boy, Alan would sometimes accompany his father to work at Reliable Loan & Jewelry. “I used to run through the store, around the customers and play with things I wasn’t supposed to,” he admitted.  But when he got a little older his father, Phillip, had him helping out in the store.  “I wasn’t selling diamonds back then; I was doing grunt work,” he said.

All the while, though, Alan watched his dad.  He watched how Phillip interacted with the people that came into the store, noticed how his father listened to them talk about the jewelry they were looking for and why; listened as his dad respectfully guided and informed those making decisions to mark any number of special moments in their lives.

Alan realized that his dad treated people “right,” and early on, he began to emulate his Dad’s ways.

“In fact, I am now selling to the younger generation; the children of the customers that my dad served.  And that’s how my father built this business, its name and reputation, to what it is today — the place to go for jewelry,” he said. Alan says he still learns from his dad, even though they now work together in a more equal status.  “I still need his advice and I won’t hesitate to call on him. He’s shown me everything as far as running this business,” he said. “And, once in a while, he will ask me for advice.”

Working with fine diamonds and gemstones intrigues Alan, a certified gemologist. But beyond the appreciation of the beauty of any one stone, or piece of jewelry, what seems to be of even more value is the reaction of his customers when he can locate or help design the perfect piece.

“When I have helped someone find an engagement ring for his fiancé and they send me a picture of the ring on the finger — that’s a good feeling,” he said.

Though it seems more like a repositioning rather than relocation, Reliable Jewelry and Loan will move to a new location this summer to the corner of E. Davie and S. Wilmington.  “It’s a busy corner of downtown Raleigh.  There’s a lot of foot traffic here and the location will have office space and apartments, so there will be increased exposure.  The new store has a different floor plan and the space is three times as wide,” Alan said.

There have been opportunities before to expand to North Raleigh, but Alan said he wouldn’t feel right about moving out of the downtown area.  Part of the business is offering collateral loans, which is a service local residents are accustomed to using. “We have regular customers that come to us every week,” he said.

“People know where we are and are used to coming down here.  As a ‘generational’ business, I think it’s important to remain downtown,” he said.  “I don’t think there is a better place to be than downtown right now with all the new business and residences coming in.”

And working in a family business that spans generations is not something that Alan takes for granted.  “It is humbling and I feel fortunate to be in this position.   I try to do my best every day to keep our name and reputation where it is,” he said. Married with two children, Alan does consider the possibility of a fourth generation continuing to run the business.

“If one or both of the kids show an interest, I’ll encourage it,” he said.