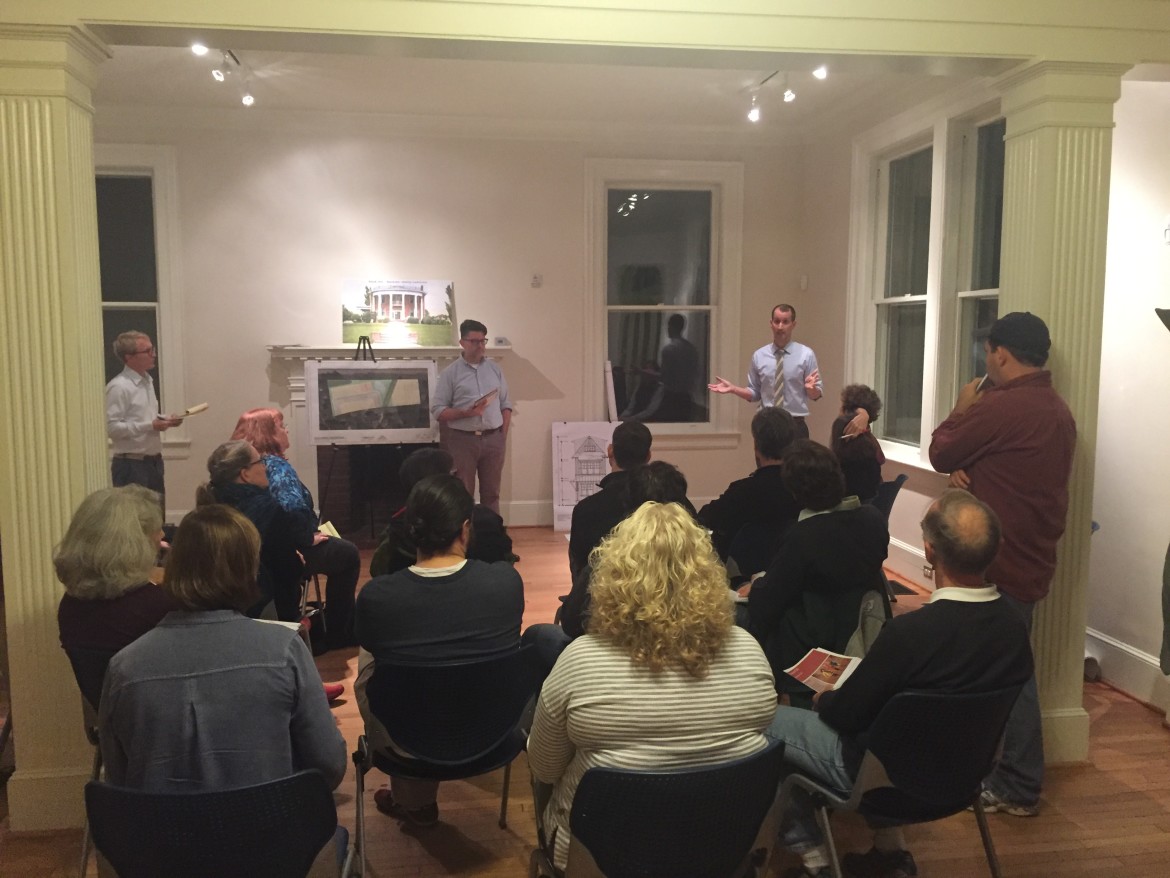 In the front of the room stand Stuart, GUY and Andy Petesch

More than a dozen residents of the Mordecai neighborhood crowded into the lobby of the Mordecai Historical Park Visitors Center Tuesday night for a presentation on the new 1335 Courtland residential development. Stuart Cullinan from Five Horizons Development and Ross Massey with Edens Land Engineering were on hand to provide further details and take questions from neighbors.

Preliminary plans for the development were included in rezoning application Z-40-15 and call for transforming the two-acre property on Courtland Drive, currently home to a 20-unit apartment complex, into a development with 17 single-family and two town homes.

Following an initial presentation last month to the Mordecai Citizens Advisory Council, a petition protesting the project began circulating online, arguing that 1335 Courtland would bring increased traffic, noise and pollution to the neighborhood.

A traffic study conducted for the development, however, projects that traffic will actually decrease from 264 daily trips to 174 once the apartments are replaced.

At Tuesday’s meeting, Massey said due to the percentage of impervious surface area already on the property, the amount of stormwater runoff as a result of the new development would only see a slight increase.

The installation of a device which will treat and detain that additional stormwater, Massey said, will offset the increase.

While the traffic and stormwater runoff issues featured prominently on the petition, much of Tuesday’s meeting focused on the rezoning changes necessary to make this project a reality, which include reducing setback and width requirements.

The Mordecai Park neighborhood was first listed on the National Register of Historic Places in 1998, following a lengthy, detailed application submitted the year before.

A significant portion of the neighborhood also falls under what is known as a Neighborhood Conservation Overlay District, which places more stringent requirements on development than standard zoning regulations do.

The conservation district requirements for Mordecai were set in place by an ordinance adopted into the city’s code in 1998, the same year the neighborhood was added to the National Register.

The proposed rezoning would remove the NCOD requirements and change the base zoning to a Planned Use Development, which allows for more flexibility.

Justin Biegler, a civil engineer who lives a block down Courtland Drive from the planned development, said Tuesday that the rezoning application only compared the newly requested development exceptions to those of a standard R-10 property, and not an R-10 located within an NCOD.

On the application, it notes that the rezoning would reduce the minimum lot size requirement from 4,000 square feet to 1,500. Biegler argued that this underplayed the degree to which the development was changing the existing requirements, as the current minimum lot size is actually 7,260 due to the NCOD.

Other elements of the project, such as increased density and a reduction in setback requirements — the homes at 1335 Courtland would only have to be seven feet from the property line — were also compared exclusively to a traditional R-10 zoned property in the rezoning application.

Repealing the overlay for this development, Biegler warned, could potentially set a bad precedent for future projects in the neighborhood.

Biegler went on to note that if any of the homes were built to the maximum height cap — which is at 45’ under the current and proposed zoning regulations — and set so close to the sidewalks, they would look out-of-place in the neighborhood, which largely consists of one-story homes set further back from the right of way.

Cullinan said the requirement reductions were necessary in order to develop the kind of project that would, to his eye, fit in well with the neighborhood, and noted that current plans call for the three-story single family homes to cap out around 36’.

“We’re looking to deliver a high quality product at a price point that, you know, your working class family, your middle class family is not gonna get turned off by, and so the style, our approach to the style is to make every house totally unique from the outside.” Preliminary sketches from the rezoning application

Resident Sarah Roholt contested this. “In a sense you’re not working within the context of the neighborhood, because you’re asking for so many exceptions to what neighborhood is.”

Massey said the reduced lot size was a deliberate choice, noting that it was necessary in order to develop a feasible number of homes on the property.

“You could have, you know, bigger houses, you could have apartments in this use,” Massey responded.

“If you took a walking tour of Mordecai you might see a dozen different architectural styles,” he added.

Following further questions on the various exceptions requested for the development, such as reducing the width of the proposed “Neighborhood Yield Street” in the application Andy Petesch, a land use attorney and member of the Mordecai CAC stepped in to offer a neutral voice on the subject.

“What this [rezoning] allows for is a custom district that is not contemplated within the Unified Development Ordinance,” Petesch said.

Instead of focusing just on the exceptions, Petesch said, neighbors should “judge this thing more on its own, understanding that a plan developed in a conservation overlay district is an even higher hurdle to get people over.”

The fact that a dialogue was occurring between existing residents and the developers, Petesch said, was a sign that the process was working.

One point of contention over the development was the fact that Cullinan had submitted a site plan last year that would have broken the property into nine lots, as opposed to the 19 currently proposed.

While site plan S-22-14 did not provide as detailed a breakdown for future development as Z-40-15 does, Cullinan explained that after some thought, he had decided that smaller homes would be a better fit both from an aesthetic and an affordability standpoint.

The average home size for the area, Cullinan said, was around 1,300 square feet. The homes planned for 1335 Courtland average around 1,660.

Both he and Massey decried the potential for “McMansion” style developments within the neighborhood, although neighbors were divided on whether it was better to have nine large homes or nineteen smaller ones on the lot.

Local resident Tawney Schwarz was encouraged by Cullinan’s goal of affordability, saying she liked that the neighborhood was largely made up of young professionals and retirees.

“I want people like us to move in,” she said, praising the close relationships existing neighbors shared with each other.

Schwarz also expressed confusion on the pushback against the potential height of the buildings. Biegler, who compared the proposed homes unfavorably to the nearby Blount Street Commons, said he would find it jarring to walk through the neighborhood only to encounter a tract of homes much taller and closer to the street than anything around them.

Although the new homes would be closer to the street than most existing properties, they would also be separated by a standard tree canopy, which would see trees planted every 40 feet.

Tuesday’s public meeting on 1335 Courtland will not be the last, as several more will be held between now and when the case comes before city council for approval. Both Cullinan and Massey offered to make themselves available for any and all questions.

While existing residents who opposed various elements of the project were more vocal than those who supported the project, the tone of the discussion remained upbeat and collaborative throughout. There was near unanimous agreement on the need to replace for the existing apartments. The existing apartments at 1335 Courtland

Both Massey and Cullinan noted that many of the concerns could be allayed through tweaking various elements of the project, it is unlikely that the lot or home sizes will change significantly.

Roholt said that for the next meeting, she plans to print off a list of the exceptions the project is asking for in order to better clarify why they are necessary and to gain a better understanding of why the developers feel they are necessary. She remained skeptical of the notion that the new homes would look unique, noting that the similar height and overall design would result in a somewhat uniform appearance.

Following the meeting, Cullinan told The Record that the online petition had caught him by surprise, saying that his past developments had been well received.

“When you’re small, you only get to do about 10-15 deals like this in your lifetime, and you want each of them to be special, something you can be proud of.” Cullinan, whose passion for the development was made clear to all in attendance, added,

“These houses are custom pieces of art.”

Cullinan explained he had just finished a large residential project in Durham, and that he wanted to work on something different, to build houses where “they don’t have a room that’s just for wrapping presents.”

He added that the two townhomes — which would be connected only in the back — were only a part of the development because the Planned Use Development zoning requires more than just single-family homes.

One local neighbor, who asked that their name not be used, said they believed Cullinan truly wanted to do what was best for the neighborhood, noting that Cullinan lives in the area and “isn’t as concerned about turning a huge profit as some of the other guys.”

Cullinan distributed several packets at the meeting that showed off several of his previous projects. We’ve collected some of them in the gallery below. 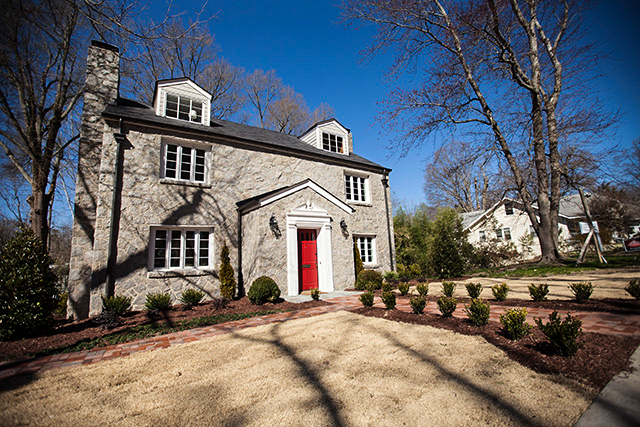 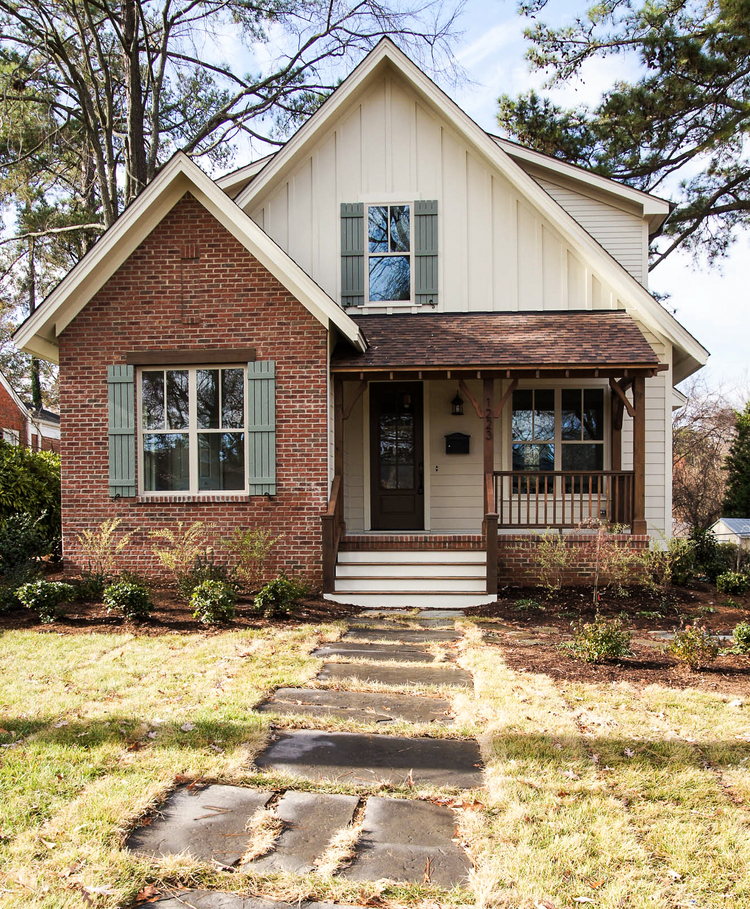 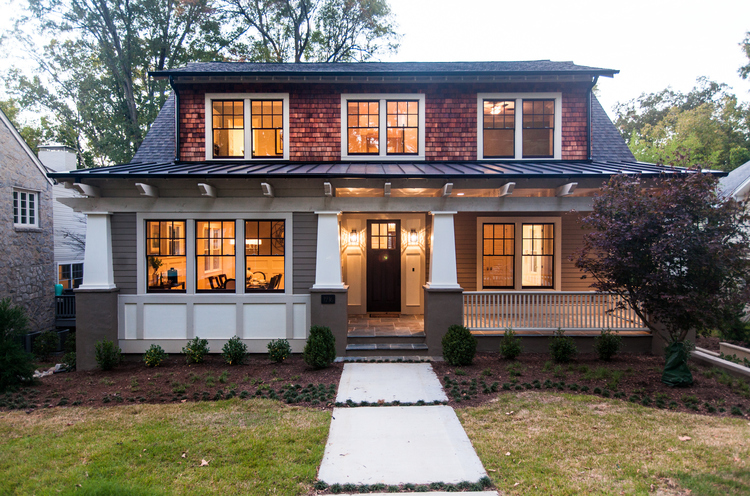 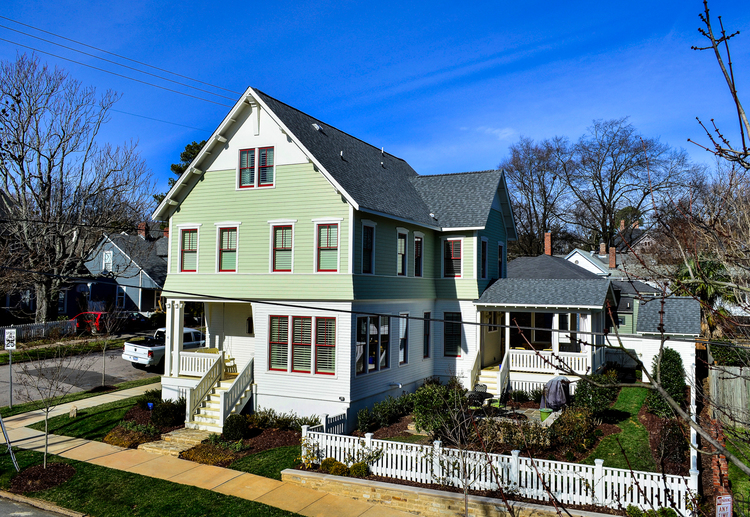 The next neighborhood meeting for 1335 Courtland has been scheduled for November 19 at 7 p.m. at the New Halifax Community Center.

Correction: this article initially stated that the new development would increase the density for the property, when it will in fact decrease from 20 to 19. It also named Tawney Schwarz as Jawney Schwart. We apologize for the errors.